Tertulia: Fernão de Magalhães - the man and the deed

2019 marks the 500th anniversary of the Fernão de Magalhães' voyage, whose achievement marked the modern world through the discovery, not only of a passage between oceans, but also of a way capable of uniting and bringing people and cultures closer together.

The Portuguese navigator lends his name to CIEIFM, a teaching and research center that, like Fernão de Magalhães, doesn't satisfy itself only with knowledge, but also seeks to put knowledge into practice, in favor of a desire to go further, creating constant challenges. Like Fernão de Magalhães, CIEIFM is a point of union between cultures and a driver of knowledge sharing across borders.

The figure of Fernão de Magalhães and his deed are the target of a gathering, with teachers Maria José Diniz and Esperança Barcelos, with free entry.

Join us in a pleasant and informal conversation about the life of the illustrious Portuguese and the preparation of the long journey, which marked the history and science of the world. 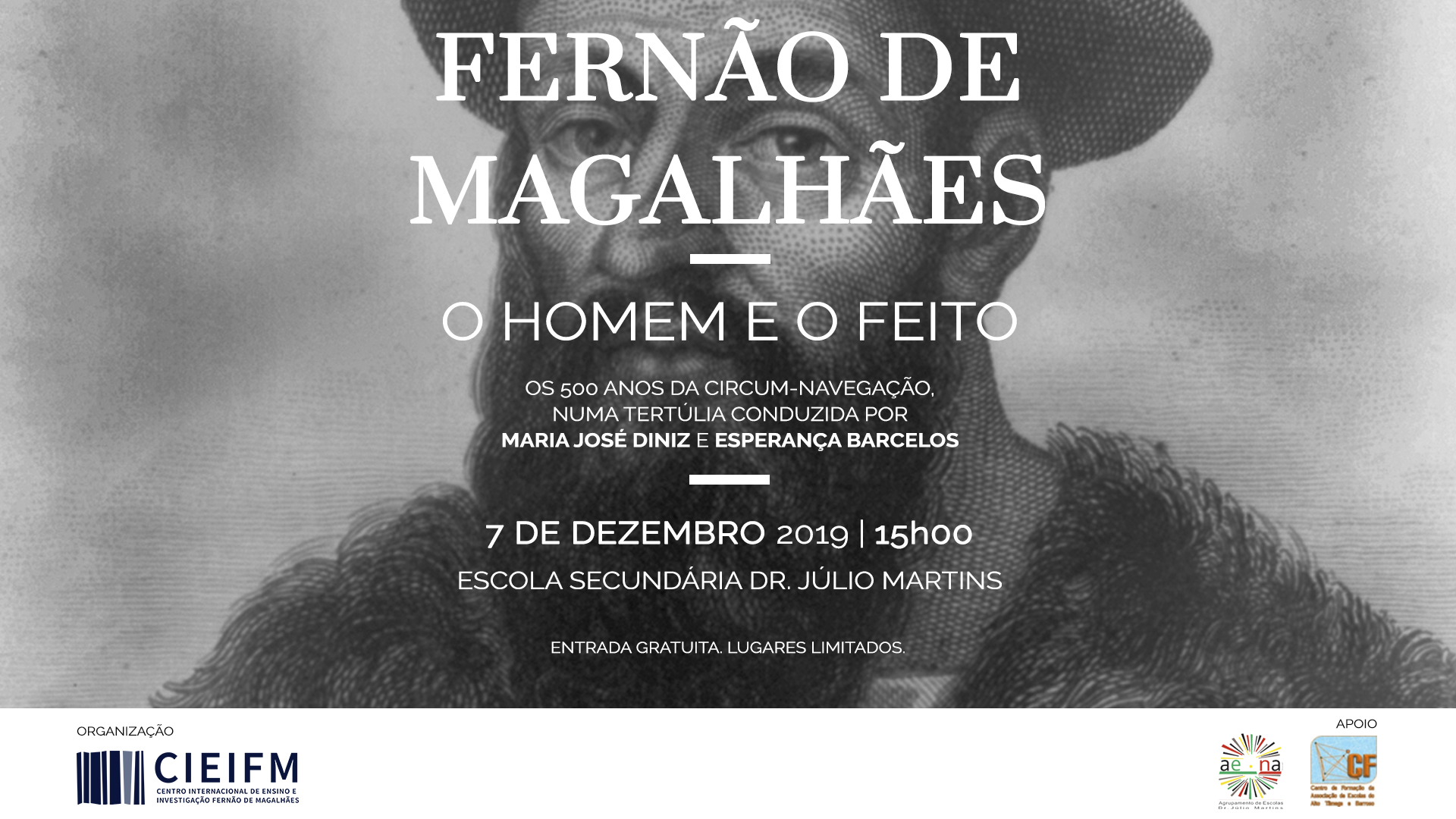